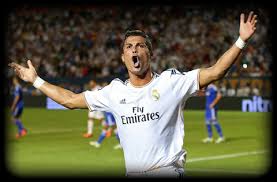 It’s been over five years since Cristiano Ronaldo has been at Madrid. Has it been that long, one wonders?

A number of managers have come and gone while Ronaldo and some of his teammates have been around – Jose Mourinho, for example, and who had a falling out with most if not all of the stars at Madrid.

Of course, his run hasn’t been all that smooth given the public rivalry with Messi and FC Barcelona. The Pichichi trophy has gone abegging several times over and with Barca winning a ridiculous number of trophies over the last few years, Madrid’s ability, as the best football club in Spain, has come under the gun.

Donning the number 7 jersey from the legendary Raul has been anything but easy. Having said that, he has amassed a staggering 200+ goals so far and doesn’t look like he will be stopping.

Despite going neck and neck with Messi for the past few seasons, it seems that he has delivered the goods yet again this season with about 40+ goals to his name.

Since he will most probably end up the top scorer in La Liga in the 2014-15 season, the Pichichi trophy will probably be his but at a cost: FC Barcelona will win their 23rd League title and the Copa Del Rey final as well.

Having said that, there is no doubt that he continues to show the world his goalscoring prowess even if his stay at Real Madrid for more than five years has been anything but easy.

Who knows? Maybe the fourth Ballon D’Or is on the cards!