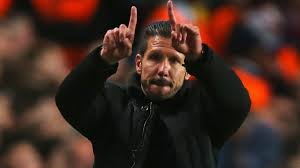 Atletico Madrid has always cowered in the shadows, thanks to the overall influence and might of their derby rivals, Real Madrid.

Ever since Franco favored Los Merengues, Atletico Madrid has always played second fiddle with their last La Liga win being in the 1995-96 season.

However, after winning La Liga title after almost 18 years, one can only attribute this success to the efforts of Diego Simeone – otherwise known as Cholo – who played for a couple of years at the club himself. 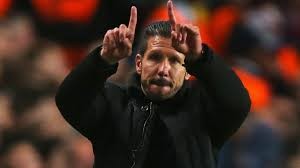 Of course, playing the Champions League finals last year against their city rivals drove home the fact that his presence as a manager has changed the club’s fortunes since Luis Aragones was at the helm.

Some of the trophies that he has won since his arrival at Atletico Madrid has been UEFA Europa League, UEFA Super Cup, La Liga, Copa del Rey and the Supercopa de España.

As for the style of play, even though a bit tough to digest for other clubs, players such as Koke, Griezmann, Mandzukic and Raul and so on and so forth has breathed new life into the working man’s club and giving their fans pure joy after years of being the ‘rebellious Madrid club’.

If it isn’t apparent enough, this is set to only get better as the years go by given that when meeting their city rivals, Atletico Madrid have gotten the better of them with the last encounter ending in a 4-0 win for Los Colchoneros.

No matter how you see it, La Liga BBVA is no more a two-horse course – Atletico Madrid are just as capable of winning the domestic title as Real Madrid and FC Barcelona.