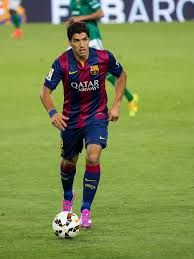 Without a doubt, Suarez’ first season at FC Barcelona has finished on a high.

That second goal in the Champions League final kind of summed it up. In stark contrast to the way people felt about him at the beginning of the season.

Of course, the first El Clasico at the Bernabeu was pretty ridiculous. Enrique made a few illogical moves that was obvious to even the most clueless fan.

But that was hardly controversial compared to biting Chiellini at the World Cup. It was for this incident that he received a suspension.

It was a four-month ban that saw him miss a good amount of club football. His appeal overturned, the long wait until October 25, 2015 continued.

With that out of the way it was in his first game that he provided an assist to Neymar. That said, it took another two months until he scored his first in La Liga against Cordoba.

Yet since then, the floodgates opened. He scored important goals against Manchester City, Real Madrid, Villarreal, Paris Saint-Germain and Juventus .

His contribution also led to FC Barcelona winning the treble for the second time. A feat that no other club has achieved so far.

And come next season, Barca has another chance at achieving the sextuple twice.

It’s a good time to be an FC Barcelona fan indeed! It’s even better if you are a Suarez fan.

That said, it remains to be see if he shines with Uruguay playing in the Copa America shortly.