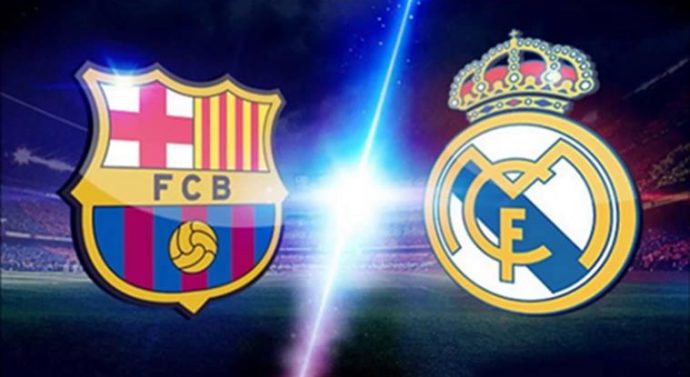 A sensational opening goal by Cristiano Ronaldo set the stage for a Real Madrid win against arch-rivals Barcelona in the opening match of the Spanish Super Cup. Ronaldo was subsequently sent off for diving and his provocative celebration of the goal. Real Madrid beat Barcelona 3-1.

An own goal by Gerard Pique increased Real’s lead to 2-0. The clash between the La Liga champions and holders of the King’s cup was looking poised for a thriller after Lionel Messi scored a penalty in the 77th minute after a foul on Luis Suarez. Barca was looking for an equalizer when Marco Asensio extended their advantage further with a stunning strike from outside in the 90th minutes, taking the score to 3-1, and with it any chances of a comeback by Real.

“These games are like this, you switch off for one second and relax, and loads of things happen, but I’m very happy with the game,” said Real captain Sergio Ramos.

“We’re fighting for a trophy, and this is an important step.”

Sergio Busquets, the Barcelona midfielder said: “A 3-1 defeat at home is very difficult to take; the tie seems very tough for us now, but we’ll try and make a go of it, even though we’ve made it almost impossible for us.

It was a thrilling second half of a game that had a very slow and sleepy start. The game had not sold out, and a lot of the spectators were tourists. After the break, however, it was soccer at its finest.