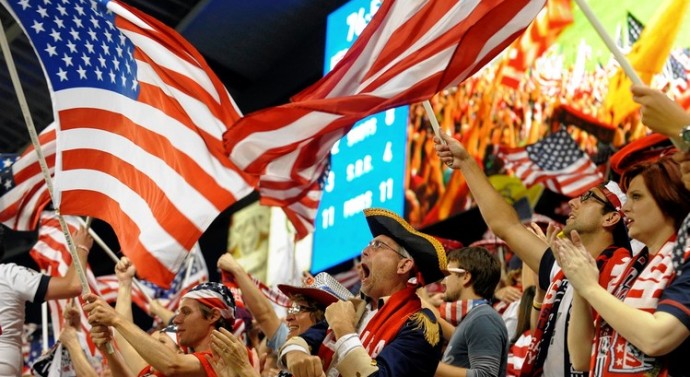 Soccer fans are some of the most committed and diehard fans in all of sports. The passion and intensity that these fans bring to the game has transcended this sport into a ritualistic, global phenomenon. It’s this incredible amount of passion that drives this sport to new heights. With such a fanatical following, it brings you to wonder which adrenaline-pumping cities represent their teams the most. Here is a list of some of the most passionate cities around the world.

The city of Glasgow has a fiery group of fans that are divided between the top two teams, the Rangers and the Celtics. Tensions have cooled down ever since the relegation to the lower leagues, but fans are constantly screaming for a reunion in the Scottish Premiere League which may be in the works.

Mexico City has had a long history of soccer in its’ bloodline. It’s the pride and joy of the entire country with a fervent fan base that cheers on their national team in the massive 105,000-capacity Estadio Azteca stadium. The combined level of cheers and jeers within the stadium is enough to drown out the stadium speakers. Mexico also boasts a high distribution rate of soccer supplies and jerseys to the rest of the world. The passion that this city displays is truly remarkable as they’ll follow their team even to the depths.

The glorious city of Rome is no surprise as it has one of the most enduring city rivalries between clubs Lazio and AS Roma. The oft-sold out Stadio Olimpico plays host to these two remarkable clubs and is a madhouse when it comes to passion. Rome’s fan base today is consisted of  some of the largest and most committed group of individuals in the entire game of soccer.

The capital of fashion and football lays an extremely passionate fan base where the sport is viewed as a working man’s game. Inter Milan and AC Milan are two of the top teams in the country. Their intense rivalry shows no signs of slowing down and has even attracted the likes of hardcore fan groups throwing objects like flares and soccer jerseys onto the pitch and causing minor scuffles during games.

One of the world’s most beautiful cities to live in, football is king here. FC Barcelona and Espanyol are two of the top teams that fans swear their lives to. What truly elevated their fan base to the top is their extreme dedication to the sport as well as the demanding nature that they have.
—————————————————————————————-