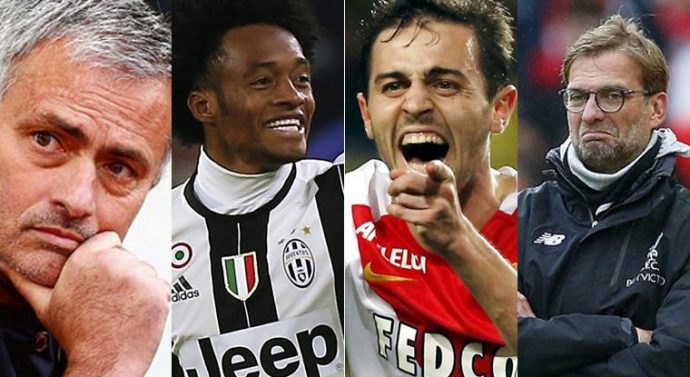 As the window for transfers approaches, a raft of moves between clubs are ready. Here is the latest updates on what sort of moves to expect:

First up is Manchester United, who are expected to bring a whole new set of recruits, with Real Madrid’s James Rodriguez and Alvaro Morata under consideration. Getting the right transfers at the right time is an art and the correct decision will make all the difference to next year’s league.

After a lot of rumors, Newcastle has confirmed the exit of 22 year old Serbian forward, Aleksandar Mitrovic. The £14.5million signing in 2015 from Anderlecht is out as the team prepares for their Premier League return.

Ross Barkley is out at Everton after rejecting a 100,000 pounds per week offer from the club. The Blues will replace him with two of the productive midfielders in Europe: Davy Klaassen AND Gylfi Sigurdssson. The contracts are not final yet but talks are at an advanced stage.

Antonio Conte has a massive war chest to recruit new players and he is not holding back. Now that Diego Costa is out, Chelsea paid a whopping 70 million pound transfer charge for Everton striker Romelu Lukaku. Then Chelsea is looking to spend 40 million pounds on Monaco midfielder Tiemoue Bakayoko, with talks almost complete. Paris Saint-Germain’s Italian playmaker Marco Verratti could be cherry on top if the deal doesn’t fall apart.

Most of these deals are not final until the transfer window opens and the ink is on the contract. Until then, anything can change in the last minute with such sums of money on offer for the right players.